It's the 1840s. Jacob came out to make his fortune trapping beaver 10 years before. One winter, he was caught by himself in a valley surrounded by mountains, who's passes were impossible to get through, because of a sudden snow storm. He was near starved when he was found by two Blackfoot Warriors. They took him back to their encampment, to brag how they captured this white man. He was treated badly, and forced to act like a dog. Doing anything the woman wanted him to do. Gathering wood, making fires, watching over cooking meat.
One day, Jacob was gathering wood, when he heard a terrible scream. He ran to see what was causing the terror. He saw a flash of gray fur, then a woman running with a club in her hand. His eyes again focused on the ground, where he saw terrible sign. Wolf tracks and it was dragging something heavy in the snow. He broke a straight stick. and using it as a spear, he took off after that wolf.
There the wolf was, dragging a baby by the cradle board. The mountain man ran faster than any time in his life, caught up the wolf, and threw the makeshift spear at it. It buried into the side of the wolf, it yelp in pain and then dropped the baby. He ran off into the underbrush to die. Jacob, quickly gathered up the baby, and gave it back to a very grateful mother.
From that point on, Jacob became part of the tribe. Eventually he fell in love with a young girl, named RED FLOWER. He went through the custom of bringing gifts of horses and furs to the father. He accepted the gifts and RED FLOWER accepted Jacob.
He stands next to her on her horse, a new life growing inside her, and he realizes that the riches gained from furs, were tarnished in the light life's real treasure, a new family, and A NEW BEGINNING. 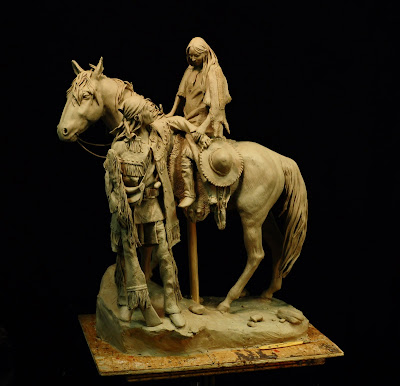 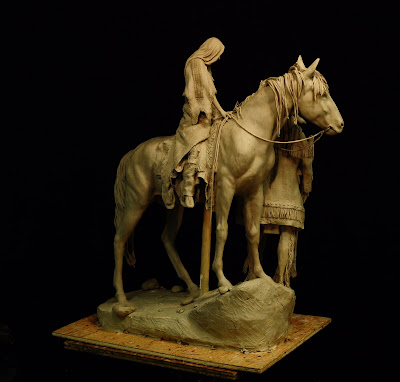 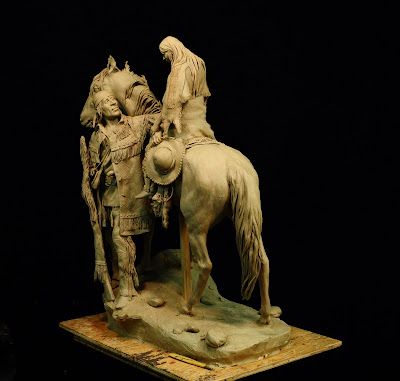 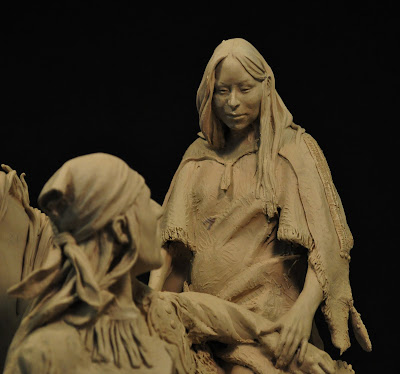