Figured out how to shoot my work from one camera position while turning the turntable with a fixed light setup. 123D Catch is a free program.. Maybe why really complicated items are hard to get to work on it.
Posted by David Lemon Artist - David Lemon at 8:47 PM 1 comment:

Went the 130 mile round trip to the foundry in Bozeman to deliver the clay reduction of Capt. John Lovewell to be cast into bronze. Dropped off the unfinished clay of Mountain Family clay for a bid on what it will cost to produce so I can set the price on the finished bronze.
Posted by David Lemon Artist - David Lemon at 7:59 PM 2 comments:

Just finished taking pictures for promotion of my "Mountain Family" clay.. It's not finished yet, but is close enough for pictures.. I'll be taking this to the foundry to get a bid tomorrow.. so I can set a price on the finished bronzes. 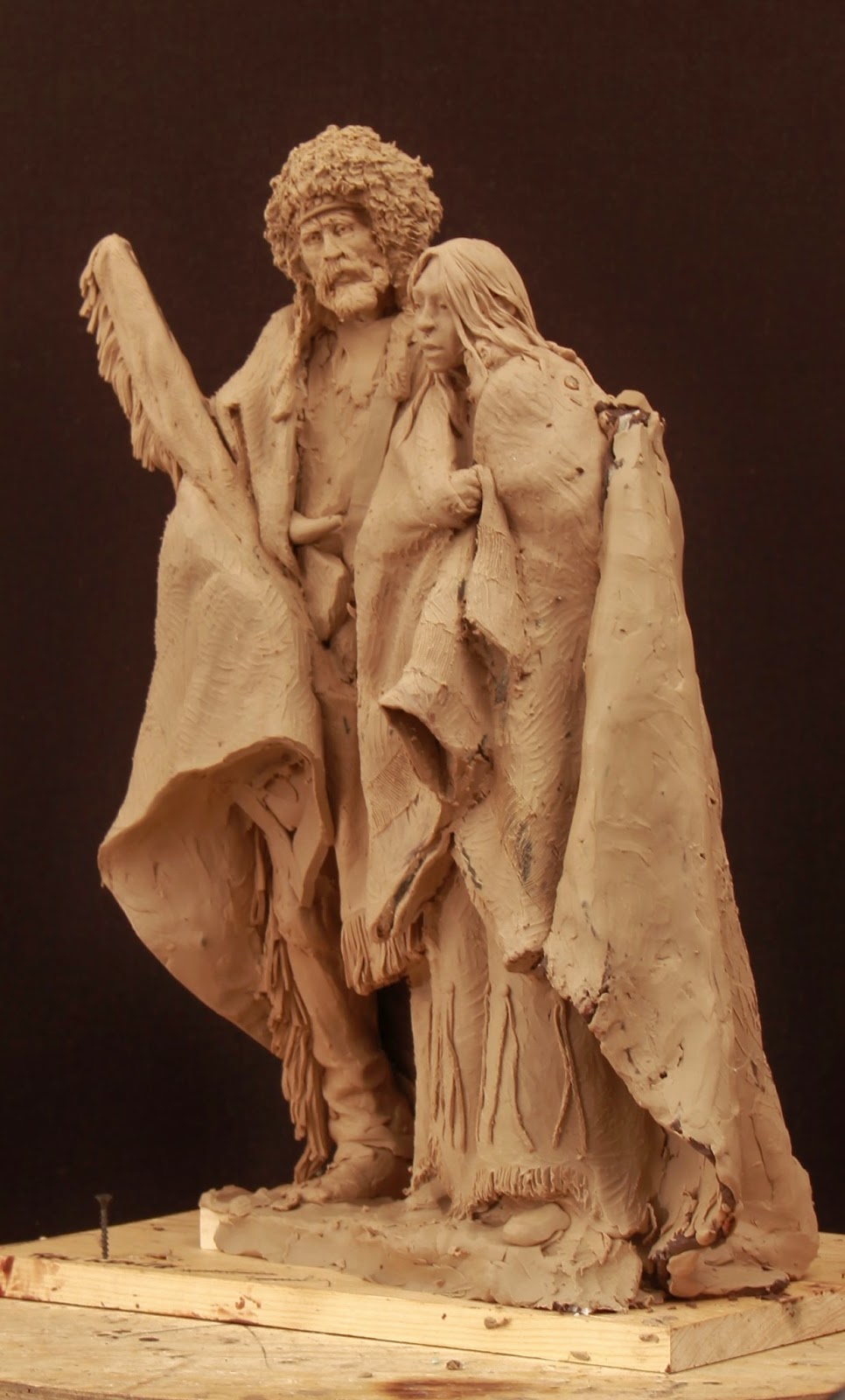 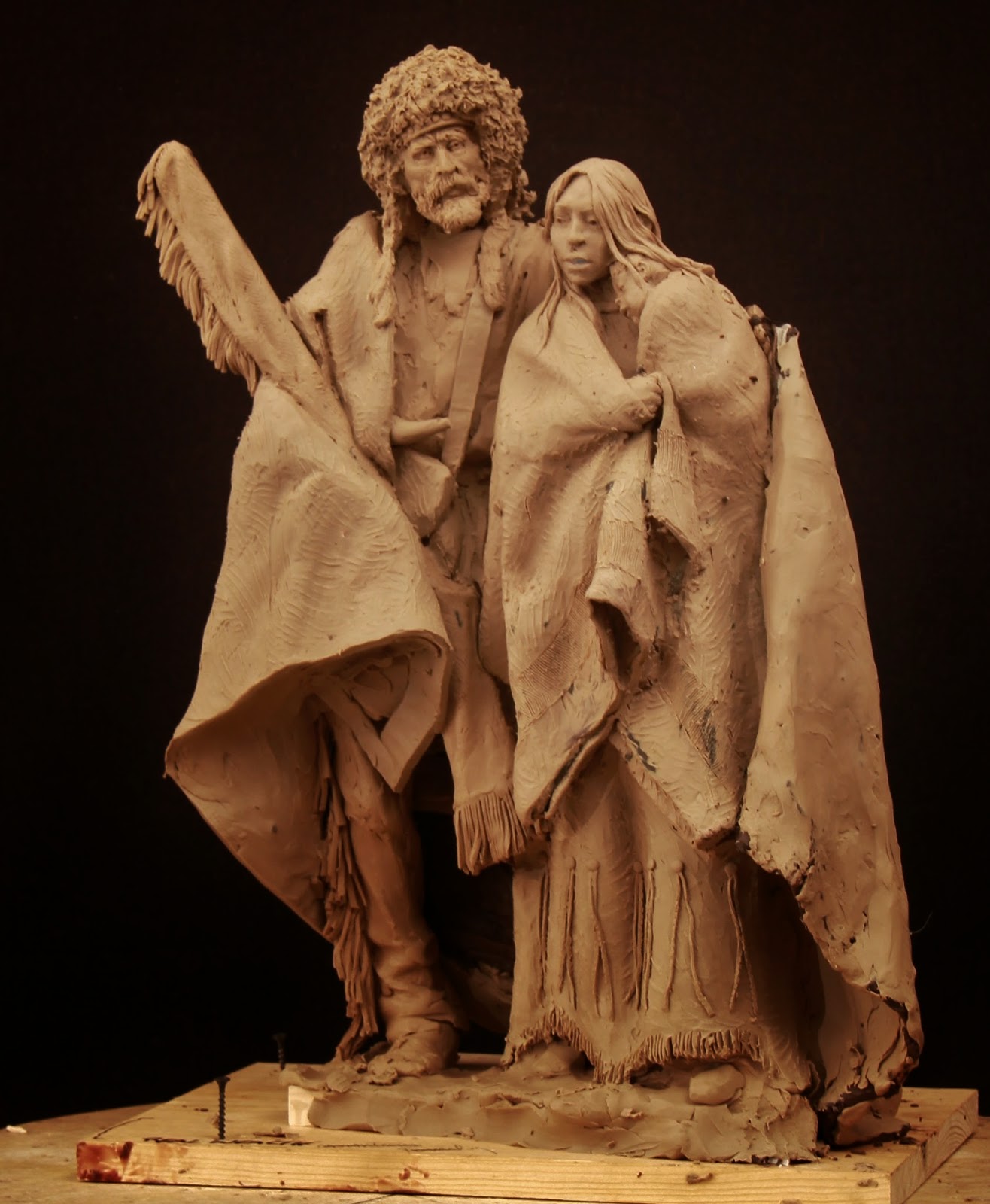 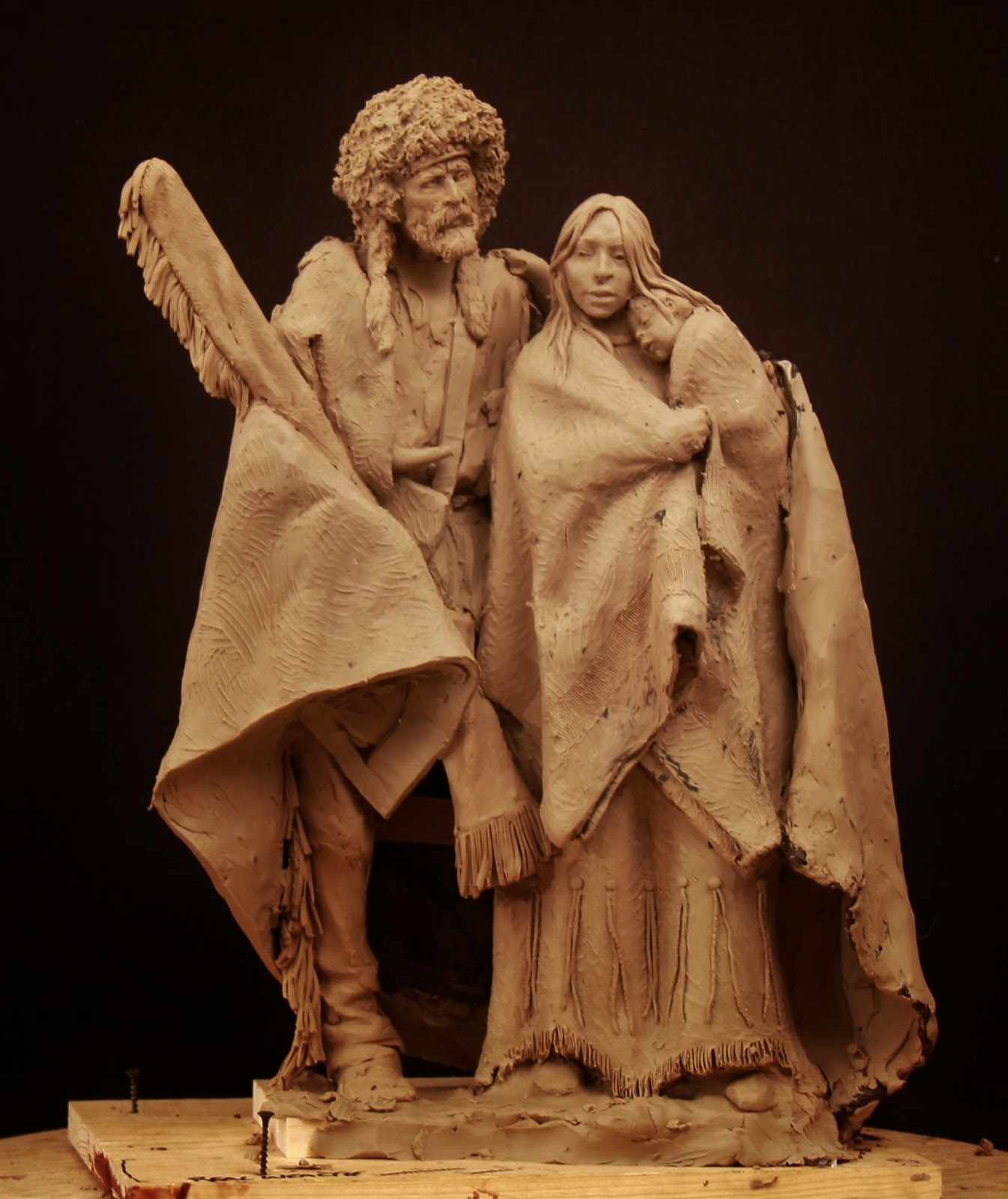 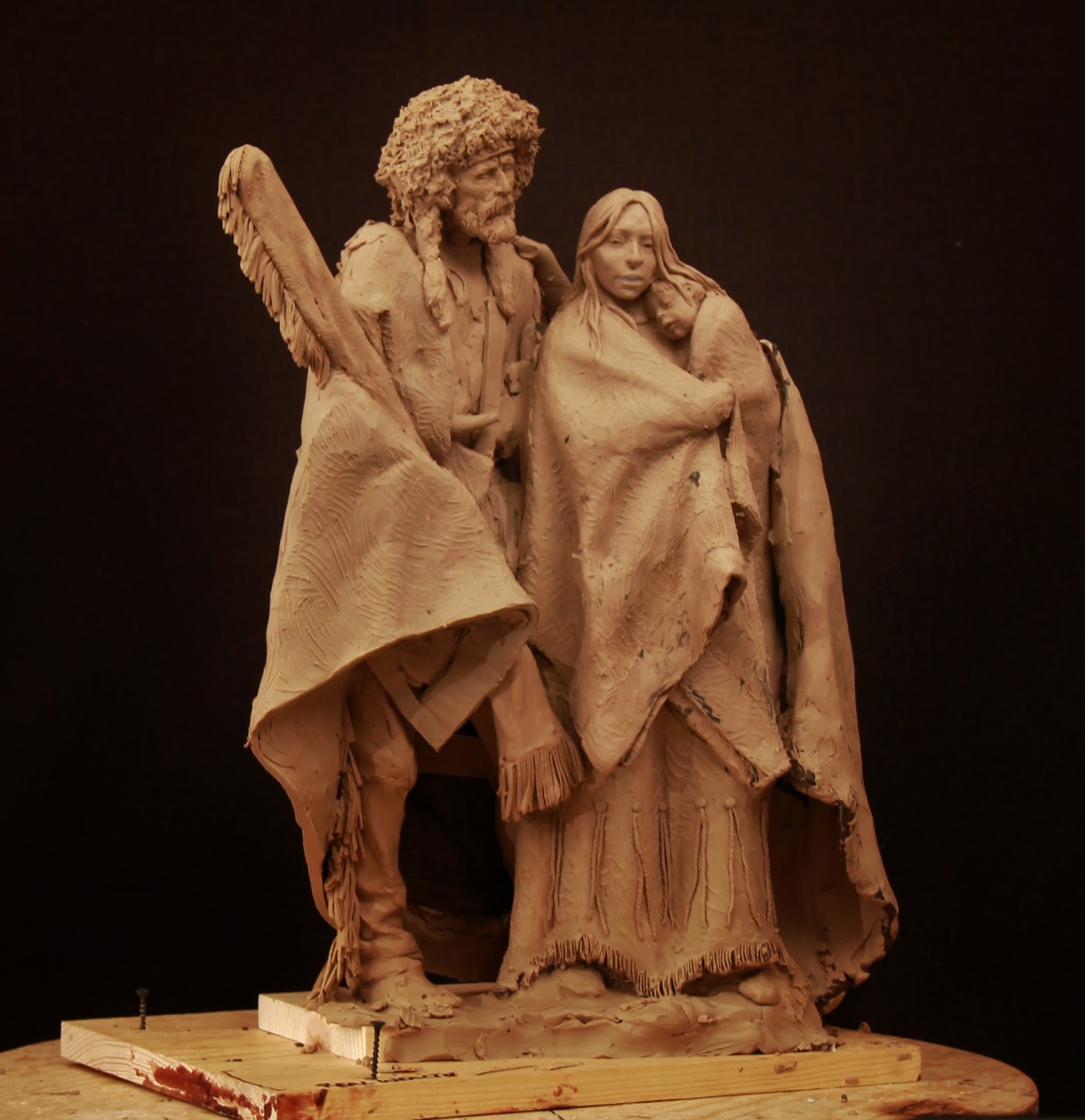 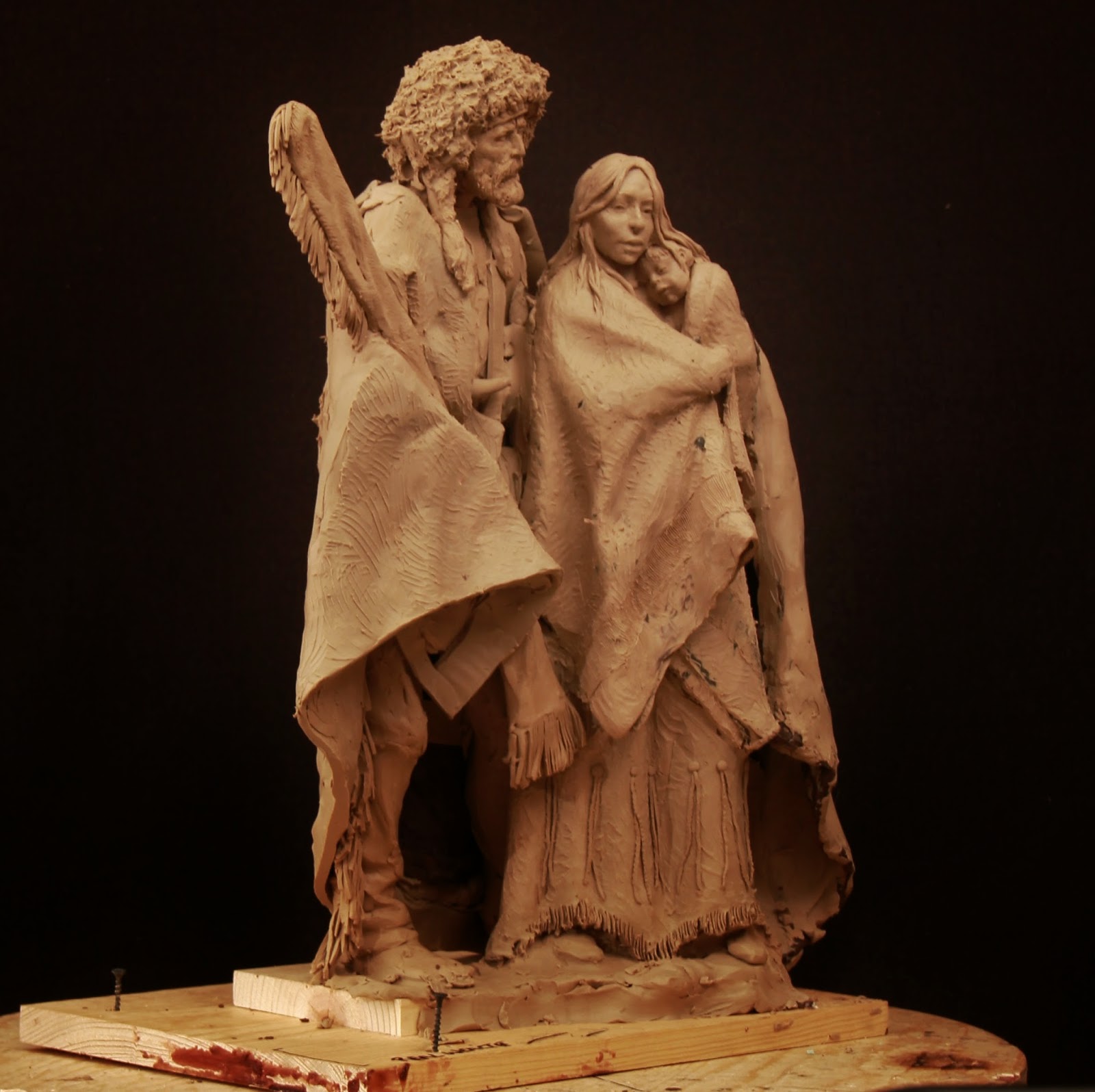 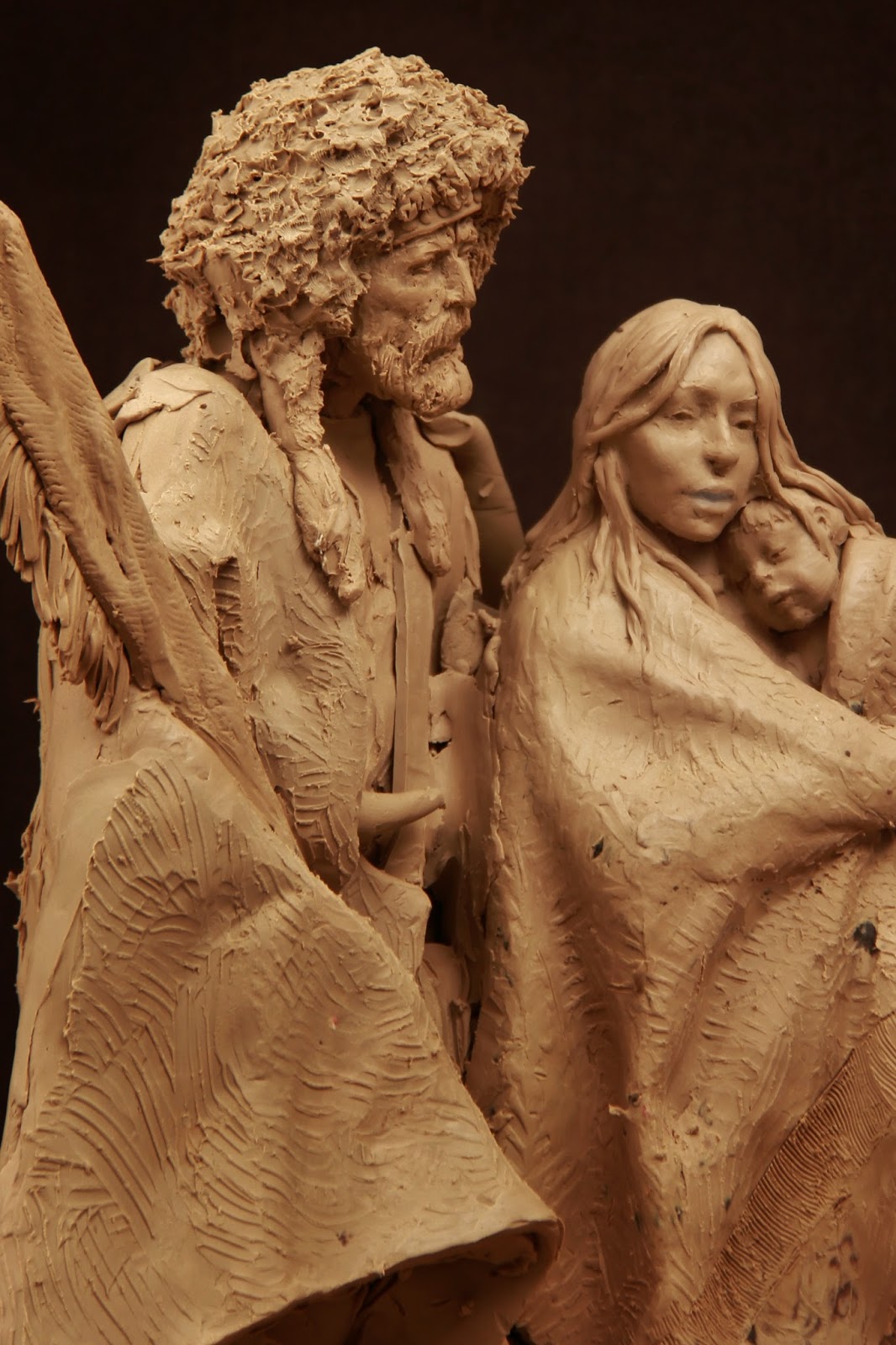 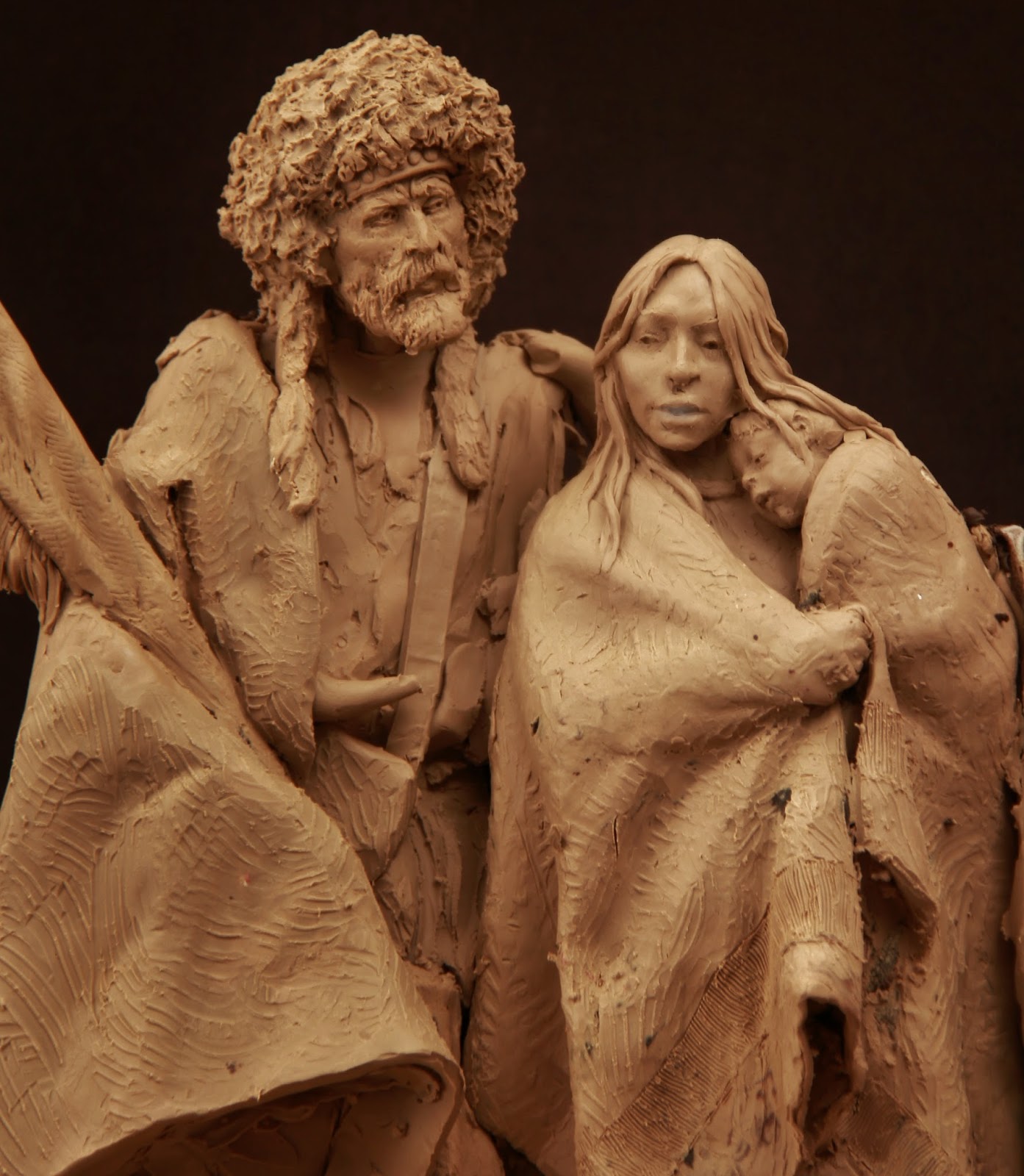 Just putting the last finishing touches on Captain John Lovewell's reduction clay. John Lovewell (October 14, 1691 – May 9, 1725) was a famous Ranger in the 18th century who fought during Father Rale's War (also known as Lovewell's War). He lived in present-day Nashua, New Hampshire. He fought in Father Rale's War as a militia captain, leading three expeditions against the Abenaki Indians. John Lovewell became the most famous Ranger of the eighteenth century. Although the outcome was a draw, Lovewell's Fight marked the end of hostilities between the English and the Abenakis of Maine. This conflict was a turning point. So important was it to western Maine, New Hampshire and even Massachusetts colonists that the Fight was celebrated in song and story, and its importance was not eclipsed until the American Revolution. More than one hundred years later Henry Wadsworth Longfellow (poem, "The Battle of Lovells Pond"), Nathaniel Hawthorne (story, "Roger Malvin's Burial") and Henry David Thoreau all wrote about Lovewell's Fight.
Posted by David Lemon Artist - David Lemon at 11:34 PM No comments:

These two videos cover two full days on the clay. This is the last I'll be working on this commission. Next step is taking it to the foundry.
Posted by David Lemon Artist - David Lemon at 7:55 PM No comments: