Two Days of Work on the Warrior

The Demonstration clay I did in Loveland was on a very small base. I had to put it on a larger base so that I could finish it properly.. If I'd of had my druthers.. I'd of had someone in the studio helping me. But it seems to have worked out. I'll be back in the studio on Wednesday to see if it turns out or I start it over again.
Posted by David Lemon Artist - David Lemon at 7:02 PM No comments:

In the Studio Setting up for the Coming Week

Went to the studio to go over some of the new tools I picked up at Sculpture Depot in Loveland Colorado while I was there and get things ready for me to finish up the clay I started there as a Demonstration.
Posted by David Lemon Artist - David Lemon at 8:04 PM No comments:

Custer Battlefield One End to the Other - Crow Agency Montana

On my last day on the road back from my Demonstration Weekend at Sculpture Depot's Store in Loveland Colorado, I thought I'd make a quick tour of the Custer Battlefield on Crow Agency Montana. I had all the clays to worry about so couldn't leave them for long in the van in the sun. So it was quick.
Posted by David Lemon Artist - David Lemon at 6:58 PM No comments:

Three Videos Today On One Of The Top Suppliers For Sculptors, Sculpture Depot in Loveland Colorado

The web address for Sculpture Depot is http://www.sculpturedepot.net/Index.asp

Three parts of a one day video. Shot on the 12th of August 2015, in Loveland Colorado, at the, Sculpture Depot Store. I'm finishing up several small clays, so that I can leave them to get Latex molds made of them for pouring Resin copies. I'm planning on offering these Resins for sale at a very very affordable price. The resins will also be available to those who, as a hobby, paint such things. 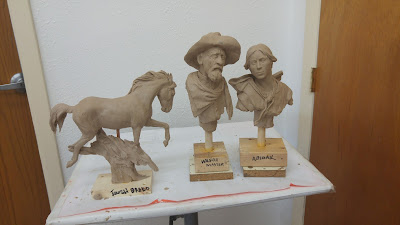 Online catalogs are fine.. but nothing beats walking around in the store. This video I take you on a walk around of Sculpture Depot's Store

Third part of this series. Karen Richardson, founder and owner of Sculpture Depot's store and website, demonstrates the mixing as well as the pouring of Resin into Latex Molds
Posted by David Lemon Artist - David Lemon at 7:45 PM No comments:

The Things That Formed My Art

I was asked to write a bio on myself. So here goes... My bronzes are collected around the world. I started sculpting in the 12th grade at a High School in the Salt Lake Valley (Skyline High School). I was offered three scholarships, but never thought I'd be an artist, so I joined the Navy in 1965 for 4 years.
Attended the University of Utah in the 70s. Lasted one and a half quarters when the art professor tried to get me to go more modern... Told em to ... well I quit.
Self taught mostly. I was a member of the American Indian and Cowboy Artists in the early 90s till they disbanded.
I've had one man shows all over the west. In 1991 I had a one man show in Jakarta Indonesia.. Yep they bought a lot of my work. In fact the artist to the Royal Family of Thailand bought a Bronc Buster Bronze of mine at the show.
Don't do many shows. At 69 years of age.. It's getting harder to do them.
What was the inspiration for the direction of my artwork.... a day in the Uinta Mountains with my Grandmother, Hilda Lemon. my Great Grandmother was French Canadian Indian (not sure of the Tribe's name though), and my great Grandfather was of European decent... My Grandmother, and her family, all lived in a cabin in the high Uinta Mountains. She was raised in that cabin in a beautiful mountain meadow..
Back in the 1950s I remember going with my family up to see the cabin... It was still standing but not much longer because a Freeway was to be built through that area.. sadly it's gone now..
Grandmother, in her old light blue flowered dress, with her apron on, and her hair in a tight bun on the back of her head took me to a window in the cabin.. I remember the smell of damp dirt... and old rotting logs.. The roof still had sod on it... It was cool inside... and dark but for the window... She took me to that window.. took my shoulder and I looked in the direction of her gaze... and her pointing finger.. She told me that when she was a little girl, in the late 1890s, she remembered watching the Ute Indians as they walked through the woods at the edge of the forest.. on their hunting parties.. They'd come to the cabin and ask for food, and they were never turned away without food.. It was that moment that sparked my intense desire to create Indians in my art. Never lost that moment. My Aunt's farm, in Coalville Utah had a tool shed, I remember, as a kid, seeing a pair of old dried up, flattened out, and curved up at the rear and front of the toes, Indian Moccasins, fully beaded sitting on the tool table.. probably Ute, I always wondered what the story behind them was..
Not sure how much of me is French Canadian Indian, but it's in my work.. the feeling for that life style... and beliefs. Limited as it is, in my upbringing.. I'll never ever have all the knowledge my Indigenous friends have.. and it will never be as authentic as their art is. But I can live with that.. It's my love for history that moves me.
I'm in Loveland Colorado at the moment. Packing to head back home to Ennis Montana, and the Madison Valley I'll be passing through country that was fought over 150 years ago. Crossing rivers with familiar names, like the Powder River, Passing the Custer Battle Field, or the sight of the Indian's greatest victory over the US Army, and the point at which they're freedom ended, in 1876.
Driving along the Yellowstone River and it's beautiful landscape. I'm reminded that history here for Europeans, is short but for those who they met here, it had been written for Millennia unknown.
My clays are infused with my life experiences and the knowledge I've gained from study and passion. 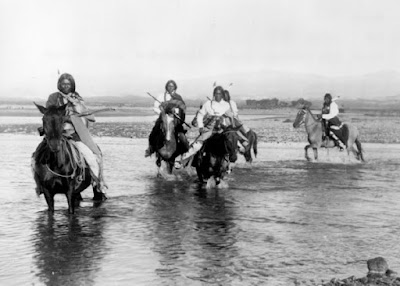 
Next to my last day doing a sculpting demo at the Sculpture Depot's store in Loveland Colorado. Monday the 10th of August is going to be my last day. I started this figure on Friday, using a 24 inch http://www.truformarmatures.com/ armature. The beauty of these armatures were made clear to those who came and watched me start by working out the pose, with the armature, then attaching the armature to the support. 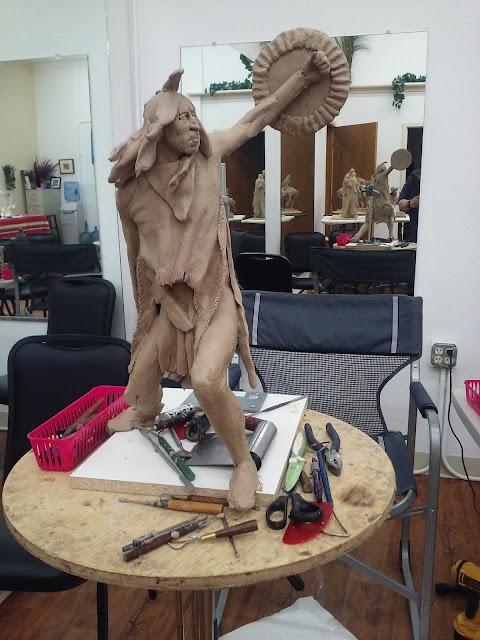 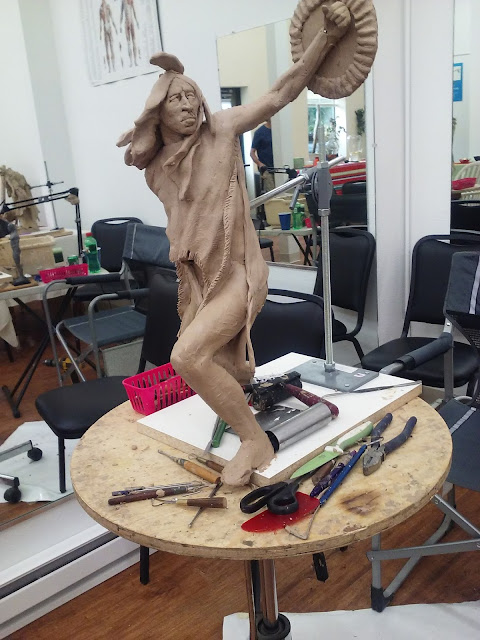 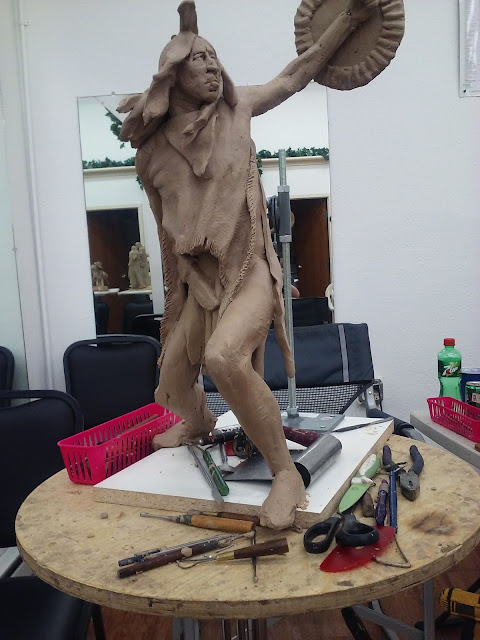 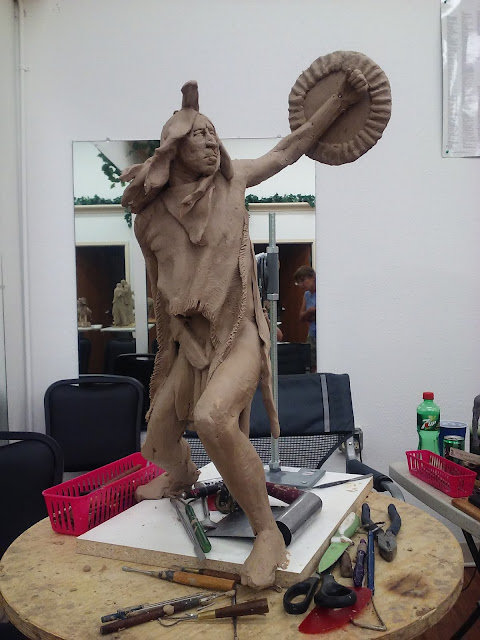 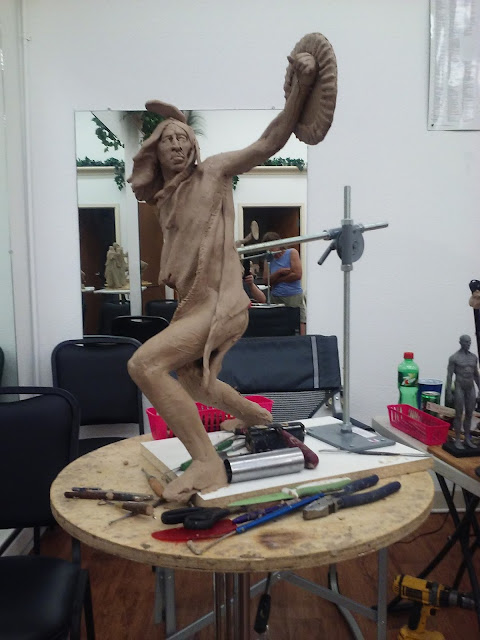 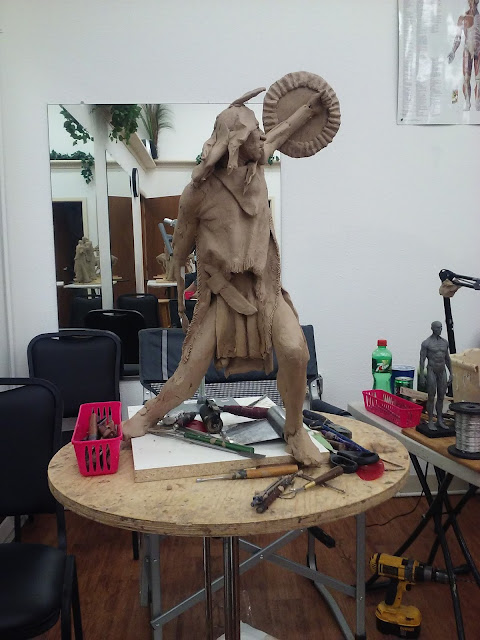 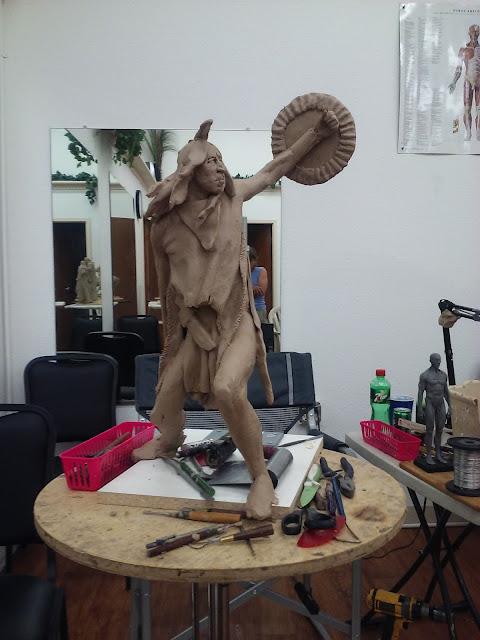 On My Way to Loveland Colorado

I was asked if I'd do a Demonstration on Sculpting at the Sculpture Depot's store in Loveland Colorado. I'll be there from the 7th of August to the 10th. That's Friday to Monday from 10am to 5pm. I'm traveling east through Montana then south from Billings, past the Custer Battlefield on the Crow Indian Reservation. South through Cheyenne Wyoming then into Colorado to Loveland.
Posted by David Lemon Artist - David Lemon at 3:50 AM No comments:

Preparing for my Trip to Sculpture Depot . Net's Store in Loveland Co

Spent today packing and even ran to Bozeman to get some ink so I could print out some cards to had out in Loveland Colorado. I'm Doing a Demo there from the 7th, 8th, and 9th of August at a store owned by sculpturedepot.net

Would love to see any of you that can make to the store.
Posted by David Lemon Artist - David Lemon at 10:14 PM No comments: