Spent this whole day researching and trying to find information on Calvary Horse Tack. Not much on that. Did find a couple of dated pictures of horse equipment. By dated I mean, period. Mostly from the 1860's. I still have to do some more research. Here are a few photographs I was able to gather.

Horse Type
I did find this photo of Comanche. The only survivor of the Battle of the Little Big Horn in June 1876. 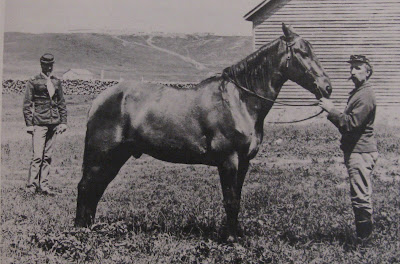 Comanche was a 15 hand bay gelding, thought to be part mustang and part Morgan. He was bought by the U.S. Army in 1868 in St. Louis, and sent to Fort Leavenworth, Kansas. He was a good looking horse, and instead of being kept with the regular cavalry, Captain, Myles Keogh, bought him for $90 to use as his personal mount. He normally rode his horse Paddy on marches, Comanche following with the other extra horses. Comanche was the horse Captain Keogh rode into battle, the horse being fresh because he was only mounted at the last moment before the fighting began. He was a war horse. Indians had their war horses as well.

A few illustrations I found. 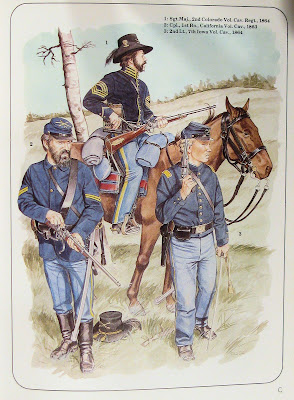 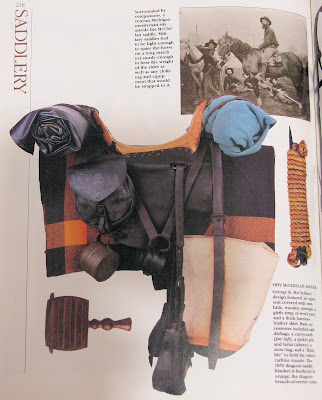 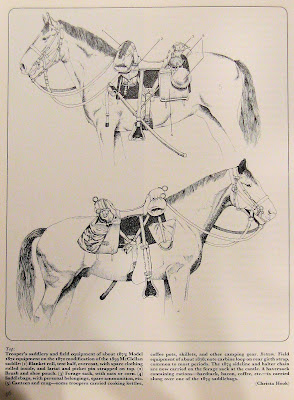 I'll be going to Bozeman tomorrow, to see if I can find anymore material at the bookstores there.