Sacajawea and the Pacific Ocean Today

I re-did the figure of Sacagawea, or better known as, Sacajawea. It's the scene on the base of the bust that shows her the day she sees the "big water" for the first time. The following is a description of that day.
At an encampment near the coast, it was decided that only two canoes carrying a lucky few, would be the first to travel down-river to view the ocean's shoreline. On January 6, 1806 Lewis recorded in his log that Sacagawea insisted that she be selected among those chosen to first view the Pacific Ocean.
Lewis recorded in his journal that Sacagawea complained to him saying that she, "...had traveled a long way to see the great waters, and that now that monstrous fish [whales] was also to be seen, she thought it very hard..." if she was not selected among the first group. Sacagawea was granted this wish along with an equal voice in future decisions. 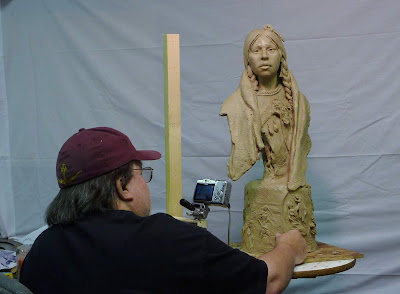 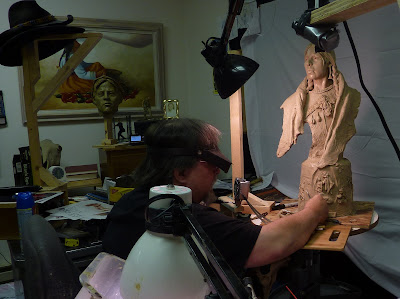