Johnny France is probably the most well known person in our area. He speaks haltingly, but it's because he was nearly killed, when a horse kicked him in the head. He's very lucky to even be alive today.
He's had two TV made movies, and a segment on A&E's Channel's Fugitive Chronicles, titled "Nichols", made about an incident that happened years ago when he was sheriff of Madison County. Recently the Robert Redford movie, "Buck" feature Johnny in it. Buck, the main character, said he owed his life to Johnny France. When you click the link to A&E's website, below the video viewer you'll see a selection of shows. Click on the on called "Nichols".
Here is the link to the episode of Nichols 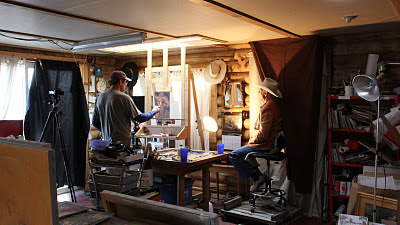 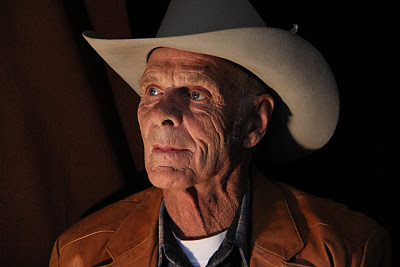 David ... Peggy and I are so glad that you took us out to Todd's studio this past spring to meet him in person. You have such a wonderful, close friend with such talent.

Thanks for telling the story of Johnny France. We enjoy all of the history you share from time to time.

I hope Todd will have many people through your blog that will order his art work, as well as yours.

May the Lord continue to bless both of your lives.

Thank you Carl and Peggy..