I've been commissioned to create a 1/2 life size bronze of a famous early American hero. Captain John Lovewell, who was killed by Abenaki Indians in a battle near Lovewell Pond.
John Lovewell (October 14, 1691 -- May 8, 1725) was a famous Ranger in the 18th century who fought during Dummer's War (also known as Lovewell's War). He lived in present-day Nashua, New Hampshire. He fought in Dummer's War as a militia captain, leading three expeditions against the Abenaki Indians.
Lovewell was commemorated by Henry Wadsworth Longfellow with his poem, "The Battle of Lovells Pond", and by Nathaniel Hawthorne with his story, "Roger Malvin's Burial".
View my online gallery at http://bronzesbydavidlemon.blogspot.com
I'm using a 36 inch tall TruForm human armature as the base for this clay. You can purchase a TruForm armature at http://www.truformarmatures.com 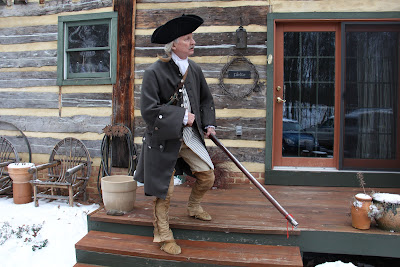